This is a piece from one of my favorite spots on the whole planet. Alva Lake in Algoma. I have not actually been to this spot since the late 90’s, which seems unbelievable in itself, but it is a place that lingers. So, when my computer (which has all of my reference photos on it) was acting up by shutting down randomly, I decided to mine my old photos for a blast from the past. The act of painting a place I hold so dear in my memory was strangely melancholic. Where did the time go? Nearly twenty years has past but I can still smell the air by this rushing stream. I can still remember clambering up the rock face to see what was on the other side. And the nights in the cabin with the  other artists discussing the days endeavors were some of the best of my life. I wonder if some random viewer will someday pick up on that vibe that is pressed into the surface of the board. I know that someday we’ll return to our little lake in the middle of the wilderness. Will it have changed as much as we have? I understand that logging roads can now take you straight in whereas we were dropped off at mile 72 by the ACR (Algoma Central Railway) and had to bushwhack a few kilometers to get there. In the winter, which was when we first visited as a group of artists, the train dropped us off and we made our way with toboggans full of beer, meat, whiskey, dried and canned goods, and paint boxes loaded with enough supplies to stay for a month, which we did.. [audible sigh]. I think I’ll write a separate post on that whole affair, but for now I wanted to give some back story to this piece. A sweet spot, indeed. 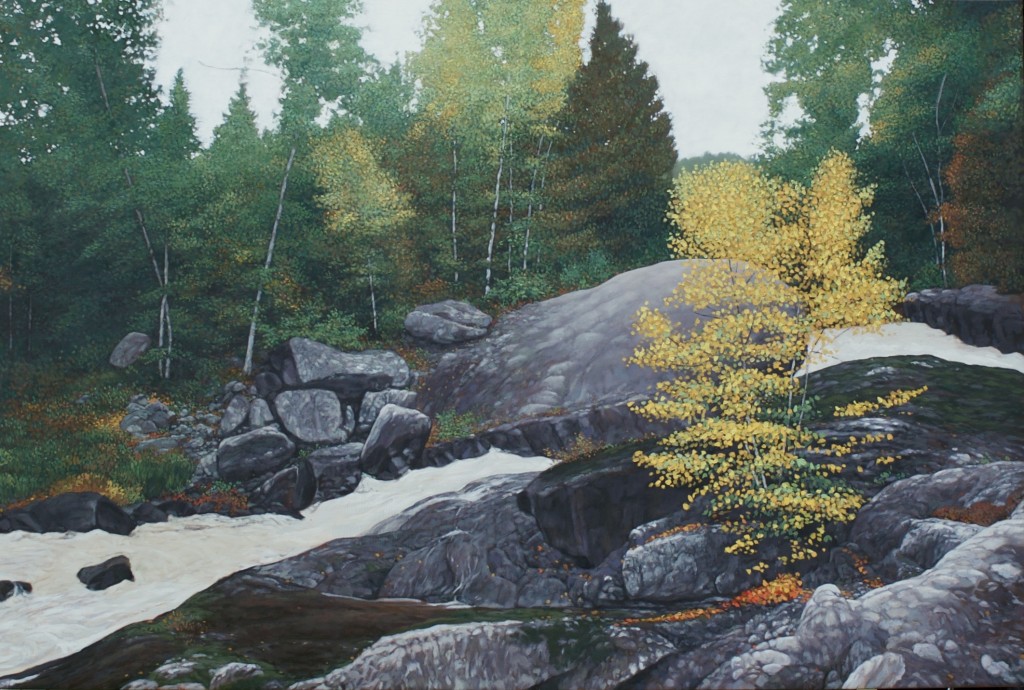 in Blog / In the Studio / New Work / Studio 5 comments
Share